Summary: The story follows Count Belfiore and the Marchioness Violante Onesti, who were lovers before Belfiore stabbed Violante in a fit of rage. The story begins with the revived Violante and her servant Roberto disguised as "Sandrina" and "Nardo," and quietly working in the mansion of the town Podestà. Violante discovers that Belfiore has become engaged to Arminda, the niece of the Podestà, and when Belfiore confesses his lingering love for Violante, Arminda jealously conspires to abduct the other woman. When Violante is found, she and Belfiore lose their minds and believe themselves to be Greek gods. When they regain their senses Violante forgives the Count and they fly to each other's arms. Arminda returns to Cavalier Ramiro, her spurned suitor, and Roberto finds love with Serpetta, another servant of the Podestà.

A garden with a wide staircase leading to the mansion of the Podestà.

The Podestà, Cavalier Ramiro and Serpetta descend the staircase as Sandrina and Nardo work in the garden. Together they praise the lovely day, but their happiness is feigned ("Che lieto giorno"). Sandrina is wretched because Don Anchise, the Podestà, is in love with her. Nardo is frustrated by Serpetta, who teases him but refuses to respond to his affections. Ramiro is bitter after being tossed aside by Arminda, and, because she has set her own cap at the Podestà, Serpetta is angry at Sandrina. The Podestà attempts to console Ramiro, but Ramiro can think of none but Arminda ("Se l'augellin sen fugge"). When they are left alone, Don Anchise professes love to Sandrina ("Dentro il mio petto"). Sandrina refuses his advances as politely as possible and, when Serpetta rudely interrupts, makes her escape.

Arminda's betrothed, Count Belfiore, arrives and is swept off his feet by her beauty ("Che beltà"). Arminda is quick to let him know that she is someone to be reckoned with ("Si promette facilmente"), but the Count is not deterred. The Count then boasts of his deeds and ancestry to the Podestà, tracing his family tree to Scipio, Cato and Marcus Aurelius ("Da Scirocco"). Don Anchise responds with a mixture of awe and skepticism, not caring who this buffoon of a Count is as long as he marries his niece.

In the garden, Arminda sees Sandrina and casually mentions her engagement to Belfiore. Stunned, Sandrina faints. When the Count arrives, Arminda leaves him to watch over Sandrina and rushes off to fetch her smelling salts. Belfiore is shocked to find that the gardener's girl is none other than his lost Violante (Finale: "Numi! Che incanto è questo?"). Arminda returns and is surprised to come face to face with Ramiro. Sandrina awakens and finds herself looking directly into the eyes of Belfiore. The Podestà enters and demands an explanation, but no one knows quite what to say. Sandrina wavers but decides not to reveal herself as Violante, while Arminda suspects that she's being deceived. The Podestà blames everything on Serpetta, who in turn blames Sandrina, and Ramiro is only certain of the fact that Arminda still does not love him.

A hall in the mansion of the Podestà.

Ramiro discovers Arminda and upbraids her for her inconstancy. When she refuses to listen, he departs, but not before promising revenge upon his rival. Belfiore enters in some distress, muttering that he has had no peace since he found Sandrina. Arminda overhears and confronts him, then leaves ("Vorrei punirti indegno"). Sandrina encounters Belfiore, and nearly betrays herself as Violante when she asks why he stabbed and deserted her. Belfiore is surprised by this outburst and once again sure that he has found his love, but Sandrina quickly reconstructs her disguise. She explains that she is not Violante, but that those were the Marchioness's dying words. Belfiore is nonetheless entranced, since "Sandrina" has the face of Violante, and he begins to serenade her ("Care pupille"). The Podestà interrupts them, and after mistakenly taking the Podestà's hand instead of Sandrina's, Belfiore retreats in embarrassment.

Alone with Sandrina, the Podestà again attempts to woo her. Ramiro interrupts, arriving from Milan with the news that Count Belfiore is wanted for the murder of Marchioness Violante Onesti. Don Anchise summons Belfiore for questioning and the Count, thoroughly baffled, implicates himself. Sandrina says she is Violante and the proceedings break up in confusion. The Count approaches Sandrina but she again denies him. She claims to have pretended to be the Marchioness to save him, and exits. Serpetta arrives moments later to tell the Podestà, Nardo and Ramiro that Sandrina has run away, when she has in fact been abducted by Arminda and Serpetta. The Podestà immediately organizes a search party.

Abandoned in the wilderness, Sandrina is nearly frightened out of her wits (Crudeli, fermate!"). Small search parties composed of the Count and Nardo, Arminda, Serpetta, and the Podestà soon arrive (Finale: "Fra quest'ombra"). In the darkness the Podestà mistakes Arminda for Sandrina and she him for the Count, while the Count thinks Serpetta is Sandrina and she takes him for the Podestà. Nardo manages to find Sandrina by following her voice, and Ramiro then appears with footmen and torches. As the embarrassed and mismatched pairs separate, Belfiore and Sandrina find each other and lose their senses. They see themselves as the Greek gods Medusa and Alcides, and the astonished onlookers as forest nymphs. Oblivious of their surroundings, the two begin to dance.

Still believing they are gods from classical Greece, Sandrina and Belfiore pursue Nardo until he distracts them by pointing at the sky ("Mirate che contrasto"). They are entranced, and Nardo is able to make his escape. Sandrina and Belfiore leave, and Arminda and Ramiro enter with a harried Don Anchise. Arminda begs her uncle for permission to marry the Count, and Ramiro demands that the Podestà order Arminda to marry him. Don Anchise becomes confused and tells them to both do what they want, as long as they leave him alone ("Mio Padrone, io dir volevo"). After scorning Ramiro's affections yet again, Arminda leaves. Alone, Ramiro furiously swears he will never love another and that he'll die in misery, far from Arminda ("Va pure ad altri in braccio").

No longer delusional, the Count and Sandrina awaken after having slept a discreet distance from one another ("Dove mai son?"). Belfiore makes a final appeal, to which Sandrina admits she is Violante but claims that she loves him no more. The Count is saddened but agrees to leave her. They begin to part, but falter in a matter of minutes and fall into each other's arms ("Tu mi lasci?"). Arminda returns to Ramiro, and Serpetta gives way to Nardo's suit. Left alone, the Podestà accepts his fate philosophically. Perhaps, he says, he will find another Sandrina (Finale: "Viva pur la giardiniera"). 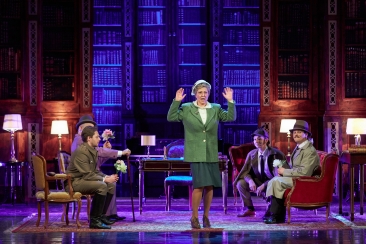 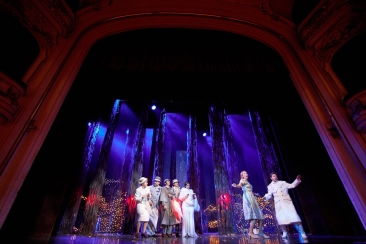 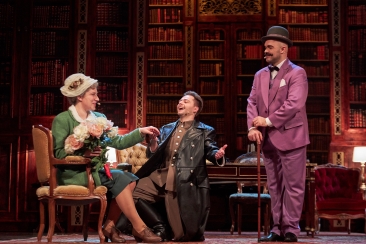 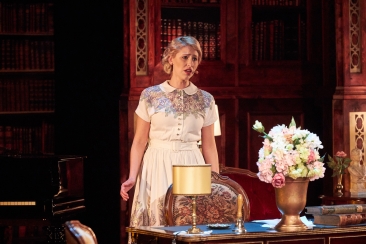 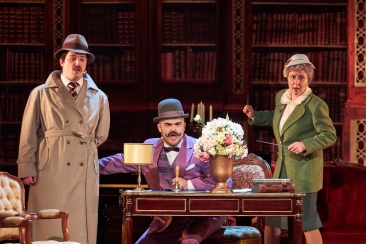 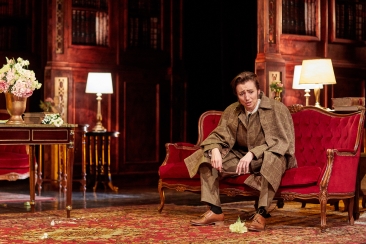 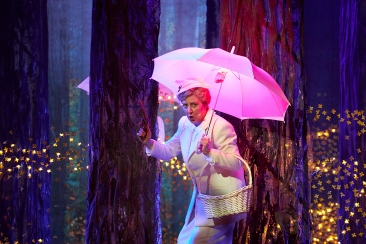 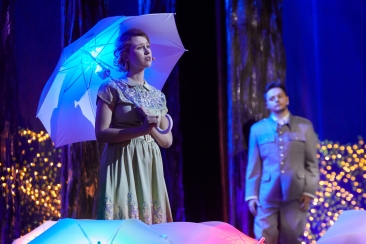