soloists, choir under the direction of: Krystyna Krzyżanowskia-Łoboda

While their mother is absent "seeing papa off to join his ship", the three Brook children of Iken Hall have been playing host to their three Crome cousins, together with their nursery-maid. The visit is due to end the following day.

The first Audience Song is sung before the curtain rises to reveal the children's nursery at Iken Hall, which Rowan the nursery-maid is covering in dust-sheets in preparation for a visit from the chimney-sweeps. Miss Baggot, the elderly sharp-tongued housekeeper, escorts in Black Bob, the master-sweep, and his son Clem, "a sullen apprentice as black as his dad". Last of all Sam trails in, a small white figure struggling with an armful of buckets and rope. While Miss Baggot gives the instructions, Rowan is shocked by the wretchedness of the little boy, and begs the sweeps not to send him up the chimney. The sweeps mock her and pallid white Sammy as they drive him up his first chimney, to be transformed into a black, "chimbley-stack" boy. Rowan runs from the room in distress, and the sweeps leave to prepare the next chimney.

The door opens and Juliet enters furtively, before climbing into an armchair and covering herself with a dust-sheet. The children are playing hide-and-seek, apparently the version known as sardines. Jonny finds Juliet and joins her in her hiding-place, but their game is interrupted by a cry of distress from Sammy, who has become stuck in the chimney. The commotion attracts the other four children, and they succeed in extricating the sweep-boy from his predicament while singing the shanty Pull the rope gently. Like Rowan, the children are horrified by Sammy's condition. They decide to hide him in the nursery while faking up a line of footprints to make it seem as if he has escaped through the window.

Miss Baggott and Rowan return with the sweeps, and are thoroughly taken in by the ruse. Black Bob and Clem run off in search of Sammy, pursued by Miss Baggott insisting that they get on with the job. Thinking herself alone, Rowan sings an aria (Run, poor sweep-boy) expressing her wish that she could help Sam escape. Overhearing this, the children gradually emerge from under the dust-sheets and set about persuading her to help them get Sam away from the sweeps. A decision is taken to feed him and bath him, and the curtain falls on the preparations for the bath.

The second Audience Song is again sung to a closed curtain, vividly describing the splashing and scrubbing which is happening out of sight. The curtain rises to reveal Sam, "whiter than swans as they fly", and Juliet begins to question him about his background. He reveals that his father is a waggoner who broke his hip so that he couldn't work, and Sammy was sold into an apprenticeship with the sweeps because "there wasn't anything to eat". Sammy stoically declares that it was time he began work, as "I shall be nine next birthday", and the wealthy children become even more dismayed. Sam reveals that his home is in the village of Little Glemham, which by coincidence is also Rowan's home.

Jonny conceives the plan of smuggling Sam into his travelling-trunk so that he can be carried out of the house unseen when the Crome children leave the following day. Rowan agrees, just as Miss Baggott returns in a furious rage over her treatment by the sweeps, who have accused her of hiding their apprentice. There is a mad scramble to hide Sammy and look as innocent and natural as possible as Miss Baggott enters the room. At the spectacle of the grubby, sooty, untidy state of the nursery, the housekeeper's ire is redirected towards the children. Seeing toys lying around she approaches the toy-cupboard where Sammy is hiding, reaching for the door-handle. In desperation Juliet fakes a fainting fit, which has the desired effect. Everyone fusses around Juliet, who is eventually carried to her bedroom, as Jonny reassures Sam and urges him to "sit tight, and tomorrow you're a free man."

The third Audience Song evokes the passing of the night. For this, the audience is divided into four groups, taking the parts of owls, herons, turtle-doves and chaffinches engaging in a singing competition. The curtain rises to reveal Juliet sitting in her dressing-gown, as Rowan enters carrying a tray with her breakfast. They call Sammy out of the cupboard and feed him Juliet's breakfast, while Juliet sings a charming farewell aria. Sammy tries to refuse the money Juliet gives him, but she is insistent. The other children enter, the three Cromes ready to leave for home. They pack Sammy into Jonny's trunk, with yet more food, only to run into a problem when it proves to be too heavy for Tom the coachman and Alfred the gardener to lift. The children and Rowan break into the growing argument between Miss Baggot and the men, and offer to help lift the trunk. The extra manpower does the trick, and Juliet, Gay and Sophie watch from the window as it is loaded into the coach taking Jonny and the twins away.

As soon as the coach has notionally departed, the entire cast returns to the stage for the Coaching Song. They form a tableau with a rocking-horse and chairs arranged to form a coach, and sing together with the audience, describing Sammy's journey to safety and freedom. 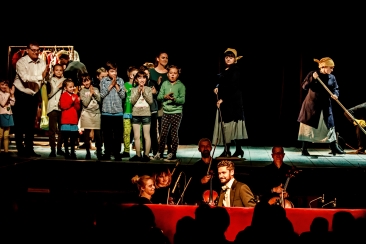 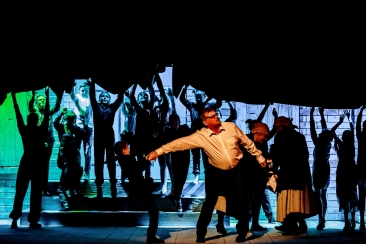 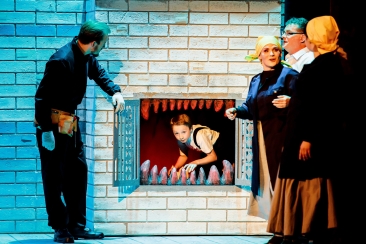 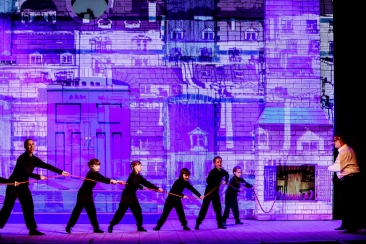 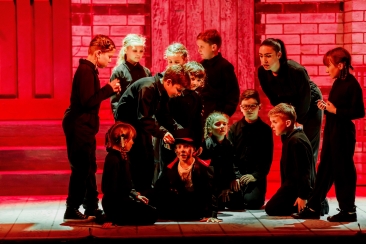 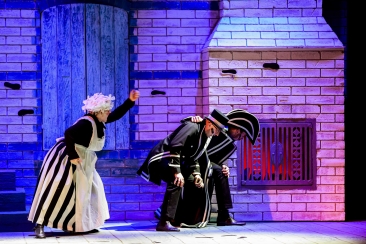 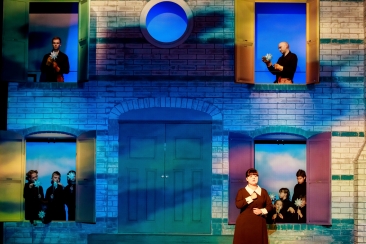 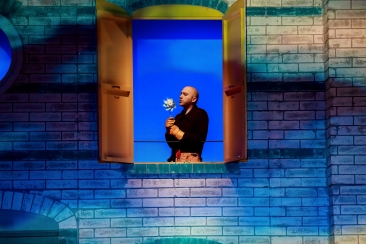 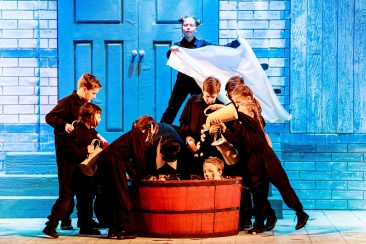 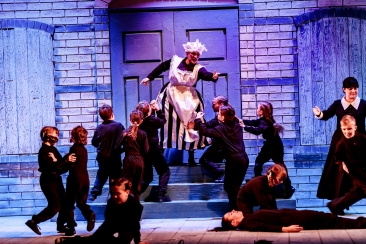 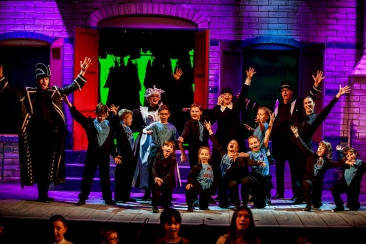