In 1904, a U.S. naval officer named Pinkerton rents a house on a hill in Nagasaki, Japan, for himself and his soon-to-be wife, "Butterfly". Her real name is Ciocio-san (cio-cio, pronounced "chocho" [t͡ʃoːt͡ʃoː], the Japanese word for "butterfly" (蝶々 chōchō); san is a plain honorific). She is a 15-year-old Japanese girl whom he is marrying for convenience, and he intends to leave her once he finds a proper American wife, since Japanese divorce laws are very lax. The wedding is to take place at the house. Butterfly had been so excited to marry an American that she had earlier secretly converted to Christianity. After the wedding ceremony, her uninvited uncle, a bonze, who has found out about her conversion, comes to the house, curses her and orders all the guests to leave, which they do while renouncing her. Pinkerton and Butterfly sing a love duet and prepare to spend their first night together.

Three years later, Butterfly is still waiting for Pinkerton to return, as he had left shortly after their wedding. Her maid Suzuki keeps trying to convince her that he is not coming back, but Butterfly will not listen to her. Goro, the marriage broker who arranged her marriage, keeps trying to marry her off again, but she does not listen to him either. The American consul, Sharpless, comes to the house with a letter which he has received from Pinkerton which asks him to break some news to Butterfly: that Pinkerton is coming back to Japan, but Sharpless cannot bring himself to finish it because Butterfly becomes very excited to hear that Pinkerton is coming back. Sharpless asks Butterfly what she would do if Pinkerton were not to return. She then reveals that she gave birth to Pinkerton's son after he had left and asks Sharpless to tell him.

From the hill house, Butterfly sees Pinkerton's ship arriving in the harbour. She and Suzuki prepare for his arrival, and then they wait. Suzuki and the child fall asleep, but Butterfly stays up all night waiting for him to arrive.

Suzuki wakes up in the morning and Butterfly finally falls asleep. Sharpless and Pinkerton arrive at the house, along with Pinkerton's new American wife, Kate. They have come because Kate has agreed to raise the child. But, as Pinkerton sees how Butterfly has decorated the house for his return, he realizes he has made a huge mistake. He admits that he is a coward and cannot face her, leaving Suzuki, Sharpless and Kate to break the news to Butterfly. Agreeing to give up her child if Pinkerton comes himself to see her, she then prays to statues of her ancestral gods, says goodbye to her son, and blindfolds him. She places a small American flag in his hands and goes behind a screen, cutting her throat with her father's hara-kiri knife. Pinkerton rushes in, but he is too late, and Butterfly dies. 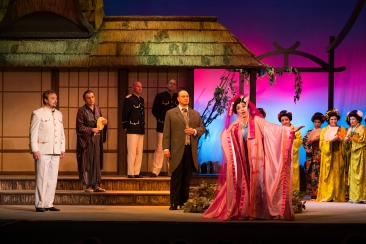 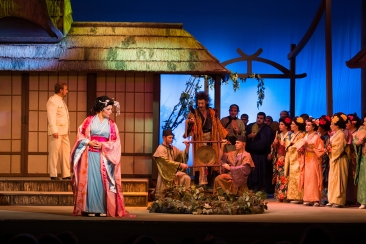 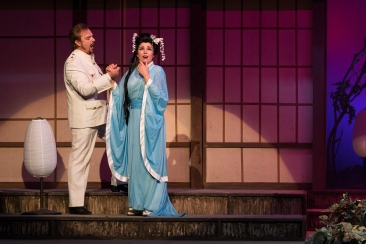 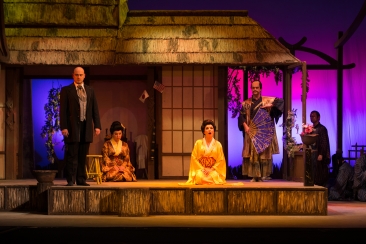 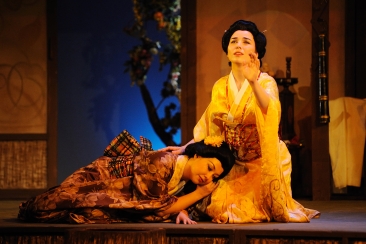 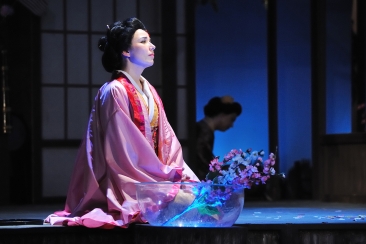 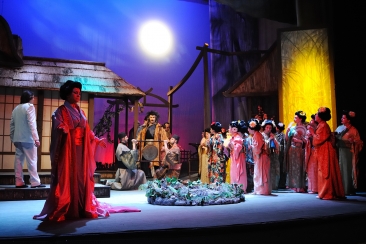 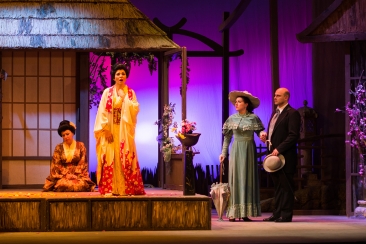 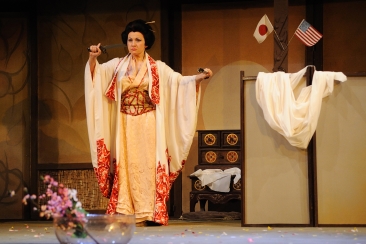