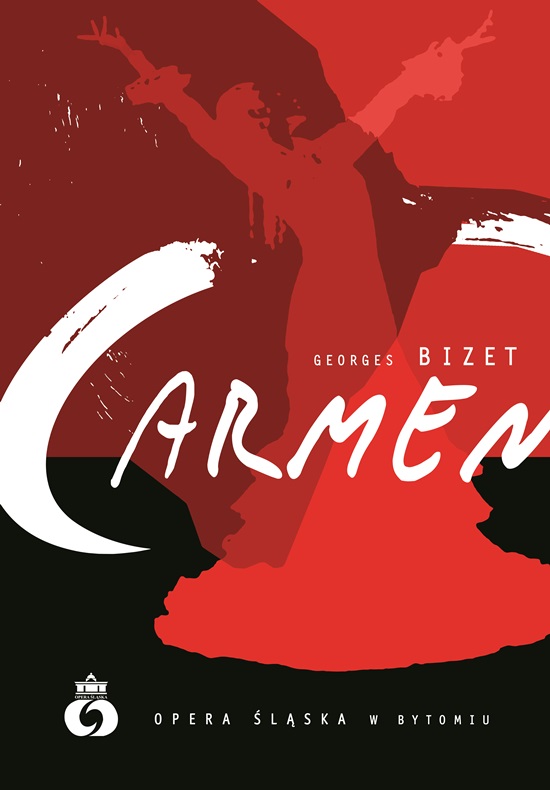 A square, in Seville. On the right, a door to the tobacco factory. At the back, a bridge. On the left, a guardhouse.

A group of soldiers relax in the square, waiting for the changing of the guard and commenting on the passers-by ("Sur la place, chacun passe"). Micaëla appears, seeking José. Moralès tells her that "José is not yet on duty" and invites her to wait with them. She declines, saying she will return later. José arrives with the new guard, who is greeted and imitated by a crowd of urchins ("Avec la garde montante").

As the factory bell rings, the cigarette girls emerge and exchange banter with young men in the crowd ("La cloche a sonné"). Carmen enters and sings her provocative habanera on the untameable nature of love ("L'amour est un oiseau rebelle"). The men plead with her to choose a lover, and after some teasing she throws a flower to Don José, who thus far has been ignoring her but is now annoyed by her insolence.

As the women go back to the factory, Micaëla returns and gives José a letter and a kiss from his mother ("Parle-moi de ma mère!"). He reads that his mother wants him to return home and marry Micaëla, who retreats in shy embarrassment on learning this. Just as José declares that he is ready to heed his mother's wishes, the women stream from the factory in great agitation. Zuniga, the officer of the guard, learns that Carmen has attacked a woman with a knife. When challenged, Carmen answers with mocking defiance ("Tra la la... Coupe-moi, brûle-moi"); Zuniga orders José to tie her hands while he prepares the prison warrant. Left alone with José, Carmen beguiles him with a seguidilla, in which she sings of a night of dancing and passion with her lover—whoever that may be—in Lillas Pastia's tavern. Confused yet mesmerised, José agrees to free her hands; as she is led away she pushes her escort to the ground and runs off laughing. José is arrested for dereliction of duty.

Two months have passed. Carmen and her friends Frasquita and Mercédès are entertaining Zuniga and other officers ("Les tringles des sistres tintaient") in Pastia's inn. Carmen is delighted to learn of José's release from two months' detention. Outside, a chorus and procession announces the arrival of the toreador Escamillo ("Vivat, vivat le Toréro"). Invited inside, he introduces himself with the "Toreador Song" ("Votre toast, je peux vous le rendre") and sets his sights on Carmen, who brushes him aside. Lillas Pastia hustles the crowds and the soldiers away.

When only Carmen, Frasquita and Mercédès remain, the smugglers Dancaïre and Remendado arrive and reveal their plans to dispose of some recently acquired contraband ("Nous avons en tête une affaire"). Frasquita and Mercédès are keen to help them, but Carmen refuses, since she wishes to wait for José. After the smugglers leave, José arrives. Carmen treats him to a private exotic dance ("Je vais danser en votre honneur ... La la la"), but her song is joined by a distant bugle call from the barracks. When José says he must return to duty, she mocks him, and he answers by showing her the flower that she threw to him in the square ("La fleur que tu m'avais jetée"). Unconvinced, Carmen demands he show his love by leaving with her. José refuses to desert, but as he prepares to depart, Zuniga enters looking for Carmen. He and José fight, and are separated by the returning smugglers, who restrain Zuniga. Having attacked a superior officer, José now has no choice but to join Carmen and the smugglers ("Suis-nous à travers la campagne").

A wild spot in the mountains

Carmen and José enter with the smugglers and their booty ("Écoute, écoute, compagnons"); Carmen has now become bored with José and tells him scornfully that he should go back to his mother. Frasquita and Mercédès amuse themselves by reading their fortunes from the cards; Carmen joins them and finds that the cards are foretelling her death, and José's. The women depart to suborn the customs officers who are watching the locality. José is placed on guard duty.

Micaëla enters with a guide, seeking José and determined to rescue him from Carmen ("Je dis que rien ne m'épouvante"). On hearing a gunshot she hides in fear; it is José, who has fired at an intruder who proves to be Escamillo. José's pleasure at meeting the bullfighter turns to anger when Escamillo declares his infatuation with Carmen. The pair fight ("Je suis Escamillo, toréro de Grenade"), but are interrupted by the returning smugglers and girls ("Holà, holà José"). As Escamillo leaves he invites everyone to his next bullfight in Seville. Micaëla is discovered; at first, José will not leave with her despite Carmen's mockery, but he agrees to go when told that his mother is dying. As he departs, vowing he will return, Escamillo is heard in the distance, singing the toreador's song.

A square in Seville. At the back, the walls of an ancient amphitheatre

Zuniga, Frasquita and Mercédès are among the crowd awaiting the arrival of the bullfighters ("Les voici ! Voici la quadrille!"). Escamillo enters with Carmen, and they express their mutual love ("Si tu m'aimes, Carmen"). As Escamillo goes into the arena, Frasquita and Mercedes warn Carmen that José is nearby, but Carmen is unafraid and willing to speak to him. Alone, she is confronted by the desperate José ("C'est toi ! C'est moi !"). While he pleads vainly for her to return to him, cheers are heard from the arena. As José makes his last entreaty, Carmen contemptuously throws down the ring he gave her and attempts to enter the arena. He then stabs her, and as Escamillo is acclaimed by the crowds, Carmen dies. José kneels and sings "Ah! Carmen! ma Carmen adorée!"; as the crowd exits the arena, José confesses to killing the woman he loved. 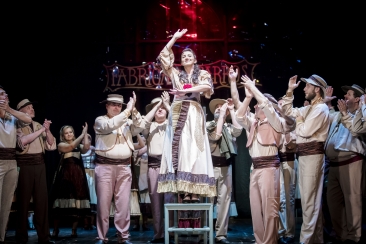 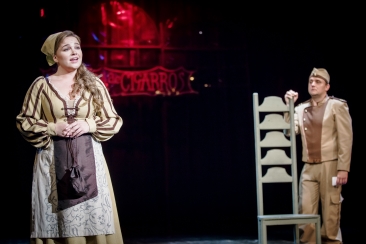 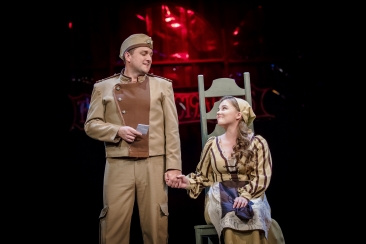 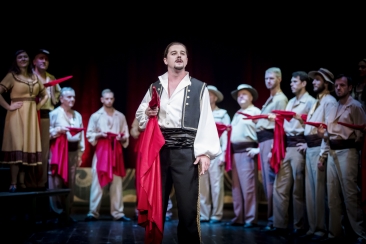 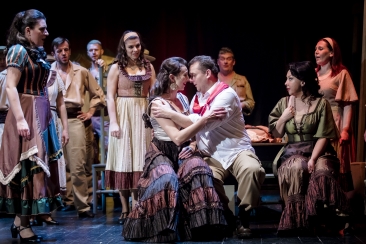 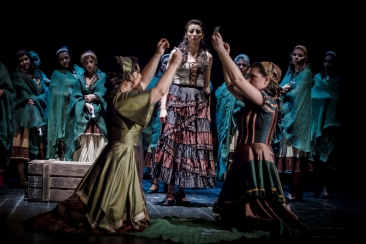 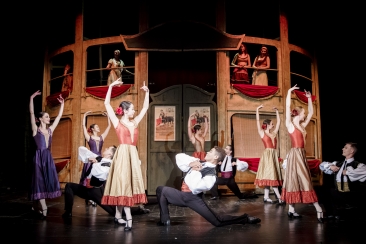 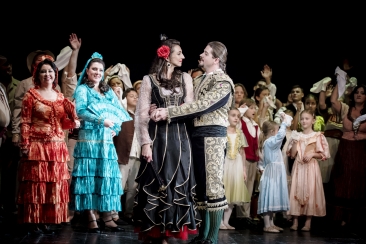 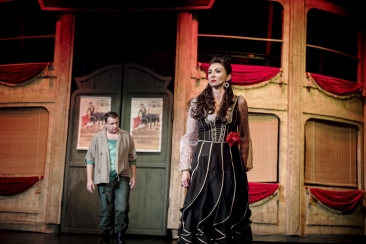 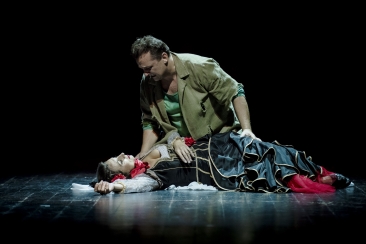